Janine Allis // From sailing with the stars to smoothies and startups Janine Allis // From sailing with the stars to smoothies and startups

In this episode, we are joined by one of my business idols, the amazing Janine Allis, who many of you will know as the founder of pioneering wellness empire, Boost Juice, and an investor on Shark Tank. She launched Boost in 2000 from a kitchen table in Melbourne after seeing the juice bar trend in the US at the age of 30, with no previous business experience.

She is now the founder of Retail Zoo which is the mother company not only of Boost Juice, but also, as of 2007, Salsas and another business she founded, Cibo Espresso, which has since been acquired in 2012. Retail Zoo turned over just on $2 billion dollars (as of May 2018) with over 630 stores in 15 countries, sales of over $250m per annum and 7000 staff.

Unsurprisingly, she has been recognised as Telstra Business Women of the Year, Amex Retailer of the year, Awarded Exporter of the year and this year BRW named her one of fifteen people that changed the way Australia does business in the last 35 years. She works alongside husband Jeff Allis and is a mother of four. I was lucky enough to speak alongside Janine recently in Fiji at Nurture Her and was captivated by her energy, sense of humour and wisdom. So excited to have her hear today for an express episode that we squeezed in to her crazy schedule to kick start your year and give 2019 a boost! 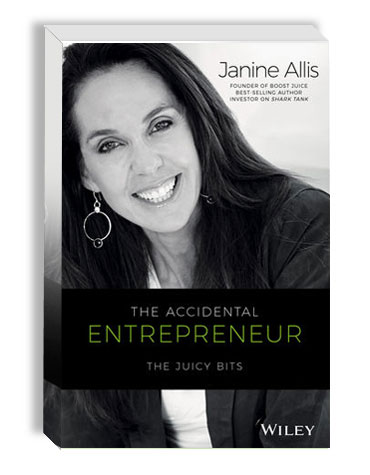